If there’s a bad smell in your crawl space, you probably don’t really want to investigate further to determine the source. Unfortunately, an odor in your crawl space can affect the rest of your home: studies have shown that as much as half of your first-floor air comes from the crawl space. Finding out what’s causing crawl space odor is an important first step in fixing the problem. What could it be? There are several different possibilities to consider.

Once you’ve identified what’s making your crawl space smell bad, you may wonder how that smell is getting into the rest of your house. One way it happens is through what’s known as the stack effect, in which warm air rises, leaks from the upper levels, and pulls up new air to replace it. Some of this air comes from the crawl space, escaping through holes around wires and pipes and joints in the floorboards. A more direct route for crawl space air to enter your home is through leaky return ducts. When the ducts in the crawl space mingle the crawl space air with your upstairs air, that damp, smelly air can be released into the main floors of your home.

So, what can you do about odors in your crawl space? First, of course, you’ll want to eliminate the source, whether that’s some empty soda cans, a dead rat, or a patch of mold. Then look for solutions to the problem. Venting the crawl space is not helpful, because it lets in damp air that can result in mold growth. However, there are some tactics that can help.

At Budget Waterproofing, we have more than 55 years of experience servicing both commercial and residential customers throughout Maryland. We’re proud of our craftsmanship and confident in our skills, and all of our technicians are fully licensed and insured. Whether you need basement waterproofing, a drainage system, crawl space waterproofing, or egress window installation, we’ve got you covered, with the experience and skills necessary to improve your basement and protect your family. For more information, contact us today. 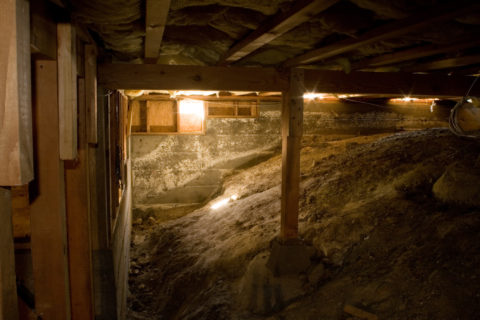 Your crawl space may be out of sight, out of mind, but the moisture level there can affect the air quality and structural integrity of the rest of… 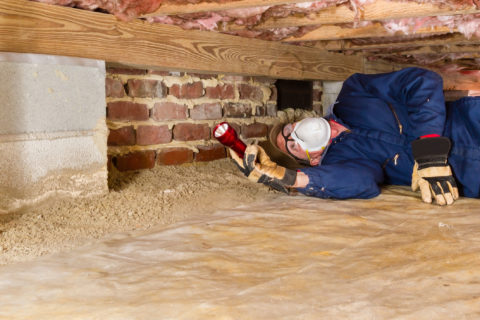 You might not give much thought to your home’s crawl space, but this structural feature serves the important purpose of lifting your house off the…